When I think of “lock down” the first thought that comes to mind is an episode of Prison Break. Oh, I wish that were the case and not a worldwide pandemic that has affected and changed all our lives forever. It is a time of uncertainty and many mixed emotions.

I initially thought lock down was going to mean all of us spending a whole lot of family time together, with my son not having to attend school and my husband not having to go to work… I did not consider the long-term effects. Where we are in Australia, the lock down never reached level 5 like South Africa however it has still affected our everyday lives. At one stage the schools in the Northern Territory remained open and school attendance was compulsory. I was very concerned about the health of our son, but the government then later made a decision that open schools had voluntary attendance. Due to the vulnerable rural communities here in the Northern Territory, the borders were closed early, and interstate travel was banned. As a result, we’ve had 30 reported cases in our state, with 0 fatalities. I think the quick decision that was made by the government to initiate a partial lock down resulted in the low number of cases and a less strict shut down; it’s the reason why we have already had some of the restrictions lifted sooner than the other states in Australia.

I don’t think I have ever felt so many emotions at once… worrying, being scared and feeling uncertain were amongst a few of the emotions I experienced. I think the overriding feeling we have experienced is fear. We’ve feared job security, we’ve been scared about whether we might be asked to leave Australia, we’ve feared the healthy/safety of my husband and I, entertaining notions of what we’d do if one or both of us had to get sick, ranging from logistical issues of who would look after our son…. And then we wondered what we’d do if our son had to get sick! The thought of government policies not allowing us to stay at the hospital with him was very disconcerting. We also had to consider what we’d do if one of my parents had to get sick back home in South Africa, coupled with the uncertainty of not knowing when we would be able to see our family again since both the Australian and South African borders remain closed.

Family travel and holiday plans that were made have had to be postponed indefinitely; shopping requires you to shop alone, pack your own parcels and wash your hands so many times that you regularly have to apply hand cream even now with some of restrictions lifted.

I think the most important thing that the lock down has taught me is to have faith and to live each day to the fullest. I no longer want to save for a rainy day because anything can happen before that rainy day is here! I want to cherish family time and the memories we make. Lock down has also taught me how something as small as toilet paper can be taken for granted 😊.

Within all this uncertainty I have also felt gratitude and have received or seen support offered from unlikely places. There are many people who’ve offered cooked meals to those in need, and restaurants opened their doors to those who had lost their jobs or who were tight on money – this is heart-warming.  The support from the government both in Australia and in South Africa has been commendable.

I’ve watched as world-class leaders have taken world-class steps. As a South African, I am proud of our president. He truly is a 1st world president in a developing country. We really are all in this together! I cannot wait for things to be “normal”, but it’ll probably be a new normal which will still involve social distancing of 1.5m. 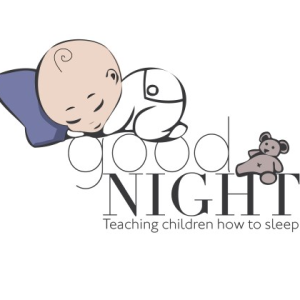